Our Proven Process for Writing a Press Release [Tips + Format]

"If I was down to the last dollar of my marketing budget I'd spend it on PR!" – Bill Gates

We're no PR agency and we're not here to sell you any services. But we did have some success with writing press releases. Success that conflicts with some claims about press releases being a thing from the past.

The otherwise great book Rework calls press releases "spam", while The New Rules of Marketing and PR says the press release has lost its spot in today's world of new media. They say the press release is an outdated tool – like bringing a revolver to a lightsaber duel.

Well, call me a stubborn cowboy, but I disagree. And so do great business leaders like Marc Benioff and Richard Branson, by the way.

With our last press campaign we managed to land articles in three major news outlets, as well as a few minutes of interview screen-time on the German news channel "Deutsche Welle".

Sure, the world has changed. But journalists are still short of time and looking for enticing stories. Play into those realities and your press release can get you in front of a mass audience.

There are plenty of articles out there that cover the more 'technical' details of writing a press release. But I didn't find any posts that accurately explain the insights and factors which made ours successful.

These are the main tips from our process for writing a press releases, a process with which we obtain news coverage on a regular basis.

1. Aim to deliver an engaging story

The standard approach behind the ineffective press release is something like this: We have something new – a new feature, for example. Let’s ask Mark from marketing to market it with a press release. Mark starts:

‘ Cologne, Germany, March 17, 2016 - Userlike has developed a new feature, live chat for WhatsApp. With this feature, businesses can chat with their customers via WhatsApp…’ 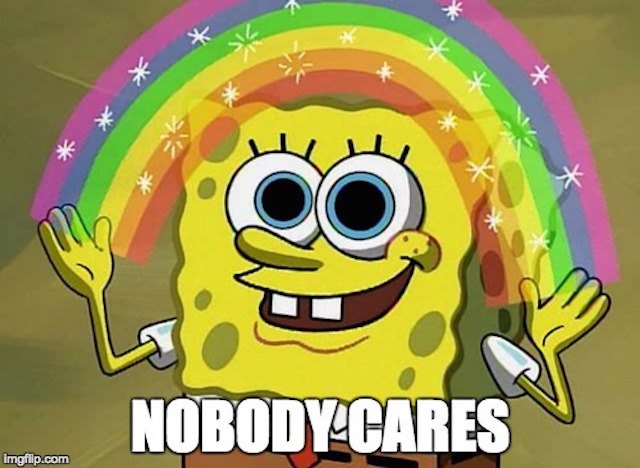 Boring! Really, nobody cares. And indeed, when sent out like this, press releases are spam. Journalists see dozens of these pass by every day. Forget it.

They are rare. So if you’re able to offer one – given that it’s credible – you’ll have a big advantage.

What does an engaging press release consist of? It focuses on the big ideas, the bigger themes, the emotions and happenings people care about. It's about vision.

Look for the bigger, engaging storyline, and use it as a hook to introduce whatever it is about which you’re trying to get the word out.

Obviously it doesn’t make sense to write an engaging press release about any topic. First of all, it's impossible to have a strong, well-defined opinion on a high number of things.

And secondly, it would be rather pointless for, say, a B2B software company to write a press release about, say, the 2016 US presidential election. Unless, of course, one of the candidates was making use of your software.

Bottom line: Your story should in some way be relatable to your product or service.

So think deeply about your business and the bigger themes that you could relate to. Our business is software as a service for B2C communication (live chat for websites and mobile support). Two areas that we found to be more-or-less within our reach:

3. Watch and ride the waves

After defining your areas of potential influence, keep close track of their developments. Keep your eyes on the waves by following the right blogs, Twitter accounts, companies, news outlets, etc.

There’ll be waves in whatever areas you've defined – although some seas are by nature more turbulent than others. Your job is to spot the right waves, paddle yourself to the right position and speed, and jump on the board before they pass you by.

When Facebook announced its Messenger to open up for Businesses , we wrote and sent out a press release commenting on how it would change B2C communication forever.

Likewise, when the Safe Harbor data agreement between the US and EU was revoked , we sent out a kickass press release about what this meant for SaaS tools and European businesses making use of them.

The first one landed us some articles in prominent news blogs, while the second did the same on a larger scale plus some TV news coverage.

Our preferred method is news stories, but you could also make use of research publications – so called study hijacking . You keep track of new studies in your fields, and when one is published you put together a press release about how it compares or contrasts with previous research and developments.

4. You're never too small to have a big idea

What prevents many from adopting this approach is a misplaced modesty – the idea that only the Elon Musks and Tim Cooks of this world have an opinion worth listening to.

That’s just not true. Sure, these guys carry more weight behind their words than you and me probably ever will. But with a good hook, an enticing story, and a confident voice, anyone can manoeuvre himself into an influential position.

A press release is supposed to sound ‘objective’, but you should still aim for yours to have a guiding theme. A theme based on sentiments.

Our press release on Messenger for Business, for example, was based on excitement about future possibilities. The one about the safe harbor revoke, on the other hand, was based on sentiments of self-protection and nationalism.

Another grateful angle is to pick a fight with an industry leader. Everybody loves a good fight, and if you do it the right way , it can bring you plenty of press coverage.

Ask yourself why people care about a certain issue. Then exploit that.

The one-point sentence is a tip by Ann Handley in ‘Everybody Writes’, one of the holy books of content creation. By keeping one sentence on the top of your press release, you prevent yourself from getting off track.

The bullet point method is pivotal to any well structured piece of content. It allows you to make one argument per bullet point, and build those out with sub-points.

Make a clear distinction in this part of the process between your goals and the goals of the journalist. The goal of the journalist is to tell an engaging, objective story. Your goal is to get some company-related points across, like a new feature or service offering.

The art, then, is to connect the two. To integrate your points into the bigger story.

Our point with the safe harbor press release was to highlight that our servers were located in Germany. We wanted to let German prospects know that we were a safe choice, to position ourselves as a thought leader about data privacy, and preferably to make customers of our American competitors switch over to us.

As you’re writing your bullet points, quickly proceed to to the who, what, where, when, why, and how – in the first 2 paragraphs or so. You don’t want to test the journalist’s patience with getting to the point.

Then when you have your content and structure set, write it all out. This does require a particular tone.

7. Use a factual tone

A press release is actually quite an awkward format. When you’re sending one out to a journalist, you’re basically delivering as-easy-to-process information as possible – like feeding a toothless grannie with baby-food.

When done right, a press release not only grabs the attention and interest of a journalist, but also gives him the impression that there’s not a whole lot of work to be done anymore. Basically, he should be able to copy and paste whole parts of the press release and it would still sound like a legitimate article.

You can do this by getting your point across while sounding as ‘objective’ as possible. Take a look at how newspapers are written and mirror that style. Whatever you do, avoid the commercial marketing talk.

8. Back it up with numbers and facts

Next to an objective tone, you can build credibility by inferring some hard numbers and facts into your press release.

On the one hand this shows you’ve done your homework – that you’re up-to-date with what’s been happening. On the other hand, it saves the journalist time and effort to go out and look for the main facts himself.

9. Add ‘oases of humanity’ with quotes

But a good press release juices things up. And it does so by inferring opinionated quotes here and there.

I like to look at quotes in press releases as oases of humanity. When one opens up, the dry factuality suddenly ends. Here is a person who shares her opinion, a person with emotion, with interests, a person with vision. Someone interesting, worth listing to.

That’s how good quotes are built up. Bad press releases fill quotes with the same dry fabric that surrounds them. Instead, make the quoted person sound interesting and provocative.

The Guardian rightly stated that quotes should “provide insights, not information”. They are your main weapon to make your press release interesting and engaging.

One of the best lessons anyone taught me was to become a ‘one-page person’. Because no one will take the time to read through anything longer. 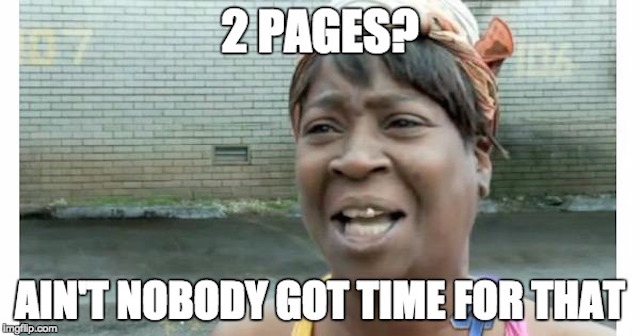 One page is the ideal length of a press release. Two is still ok, but you’re pushing it. The Guardian suggests to keep it within 300 – 400 words. If you’re trying to land a story with them, you’ll know what to aim for.

Don’t care about the length, at first. But cut it down to 1-2 pages in the rewriting reiterations. Cut, cut, cut. Then cut a bit more.

Since you should use the title of your press release as your email subject line, it will make the journalist do one of three things: hit ‘open’, ‘delete’, or the ‘mark as spam’ button.

So don’t be a bore with a title like “Userlike launches feature X and is looking for Beta testers”. Nobody cares. Set up a great, provoking title. One that will make your journalist want to, no, need to open.

Marc Benioff, CEO and founder of Salesforce, shared a priceless tip in his book ‘Behind the Cloud’ on engaging with journalists. He suggests to come up with strong and surprising analogies. People love them, and journalists love to use them.

We did exactly that with our Safe Harbor press release. Not everyone in our team liked this title. One guy hated it. But that’s fine, because it resulted in the highest response rate we had seen so far:

In fact, the title is so important that we don’t start writing a post or press release without first spelling out a strong one.

12. Stick to the press release format

The format of a press release is like etiquette at a fancy dinner party. It’s only ritual, but fail to stick to it and you won’t be talking to anybody.

This is the best piece on format I’ve found. Summarized, this is what your press release should consist of.

There’s a maxim among professional bloggers: spend 30% of your time writing and 70% of your time sharing. I wouldn’t go to that extreme with press releases, but the sharing part is obviously crucial.

Press releases are but a tool in building relationships with journalists. A crucial one, though. By writing and spreading high-quality press releases over a longer period, journalists will start recognizing you as a reliable source. And maybe, one day, they’ll come to you to ask for your valued opinion.