Servershop24 is one of Userlike's earliest customers, and without doubt in the top five of customers with most interesting business models. We sat down with CEO Sebastian Poll to talk about how he makes use of Userlike live chat and Help Scout to support his company's growth and the service culture he has nurtured.

Sebastian founded the mother company Tradeo in 2010. Before he had been working in his father’s company, which had had a broad focus on selling "just about everything they could get their hands on" over Ebay. With Tradeo Sebastian Sebastian decided to narrow down on those parts that were "most profitable and fun".

He found that their most important & fun business was that of selling secondhand servers and service parts to businesses. With the decision to specialise he set up the daughter company Servershop24.


What position does customer service take on in Servershop24?

With the decision to focus fully on selling secondhand servers and service parts it soon became clear that we would have to step up our service game. Customer service had been on the standard "passive mode", so to say, like you see it in most companies. With Servershop24 I realised it could become a real competitive advantage. 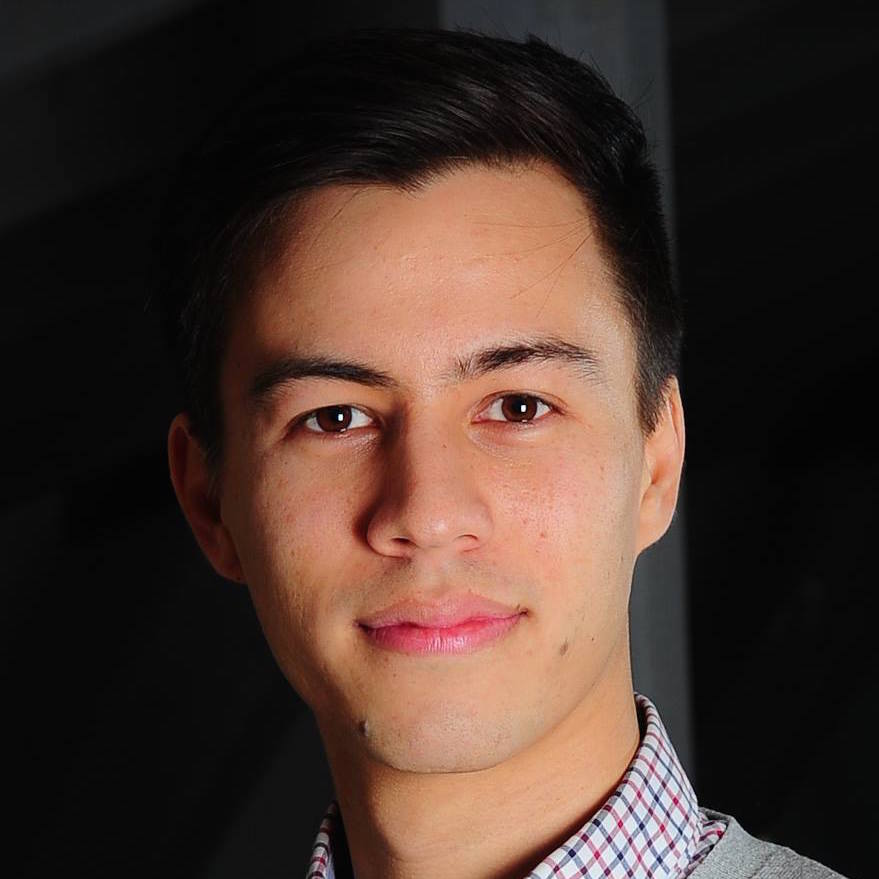 99% of our customers are B2B. The main reason for people to buy secondhand servers is the fact that they are much much cheaper while still fully functional. We are talking price differences of thousands, sometimes ten thousands of euros. Or they are looking for parts to fix their existing setup.

Whatever their interest, every customer wants to be sure of two things: First, the item should fit in their setup, and secondly, the item should have full functionality regardless of whether it's secondhand. I realised that we had to professionalize our customer service setup.

How did your service setup look before and what did you do to change it?

I guess we started out like every company does. We had a support@company.com address to which three people had access. It soon became a classic chaos of forwarding, CCing, etc. As we were growing we also spent more and more time taking phone calls from customers. I started looking at how we could do things more efficiently. That's when Userlike and Help Scout came into the picture.


How did you get started with these tools?

We first ran into Userlike. I used the live chat to receive service on another website and immediately realised that it could be of great value to Servershop24. Userlike was still a very young tool at that time.

During the 3 years of using Userlike we've experienced its development from close by. It's always cool to see new functions being added.

Help Scout we basically found through Userlike. We knew we were in need of a ticket system that connected with our live chat, so I went to Userlike's list of addons and made a quick selection.

With Zendesk on the other hand the email to the customer shows the ticket number, a standard Zendesk outlay, etc. I didn't want to bother my customers with all that. Zendesk tried to convince me on their extended backend functionality, such as their analytics, but we didn't need all that. Help Scout is beautifully simple and it allows us to help our customers efficiently in a personal way.


How did Userlike and Help Scout influence your business?

In a race between phone and live chat, phone comes out terribly bad. A phone call is very disruptive. It sucks up all of your attention, you can only have one call at a time, and you cannot do anything else on the side since the person on the other end would notice.

With live chat, on the other hand, one service guy can easily serve up to four or five persons. And when he has just one chat to care about, he can do other things on the side, such as following up on existing tickets.

Also, I find that it's generally easier and faster to resolve a customer question/issue over the chat than over the phone. With live chat a lot of useful information about the web visitor is already visible when the chat is started. For example, I can see what URL the visitor is on, and with the Javascript API that we make use of I can see what web visitors have in their shopping cart already.

These two information points combined often make for knowing what the visitor is going to ask before he asks it. For example, when he looks at a supplement part and already has a server in the shopping cart, there's a 90% chance that his question will concern compatibility. 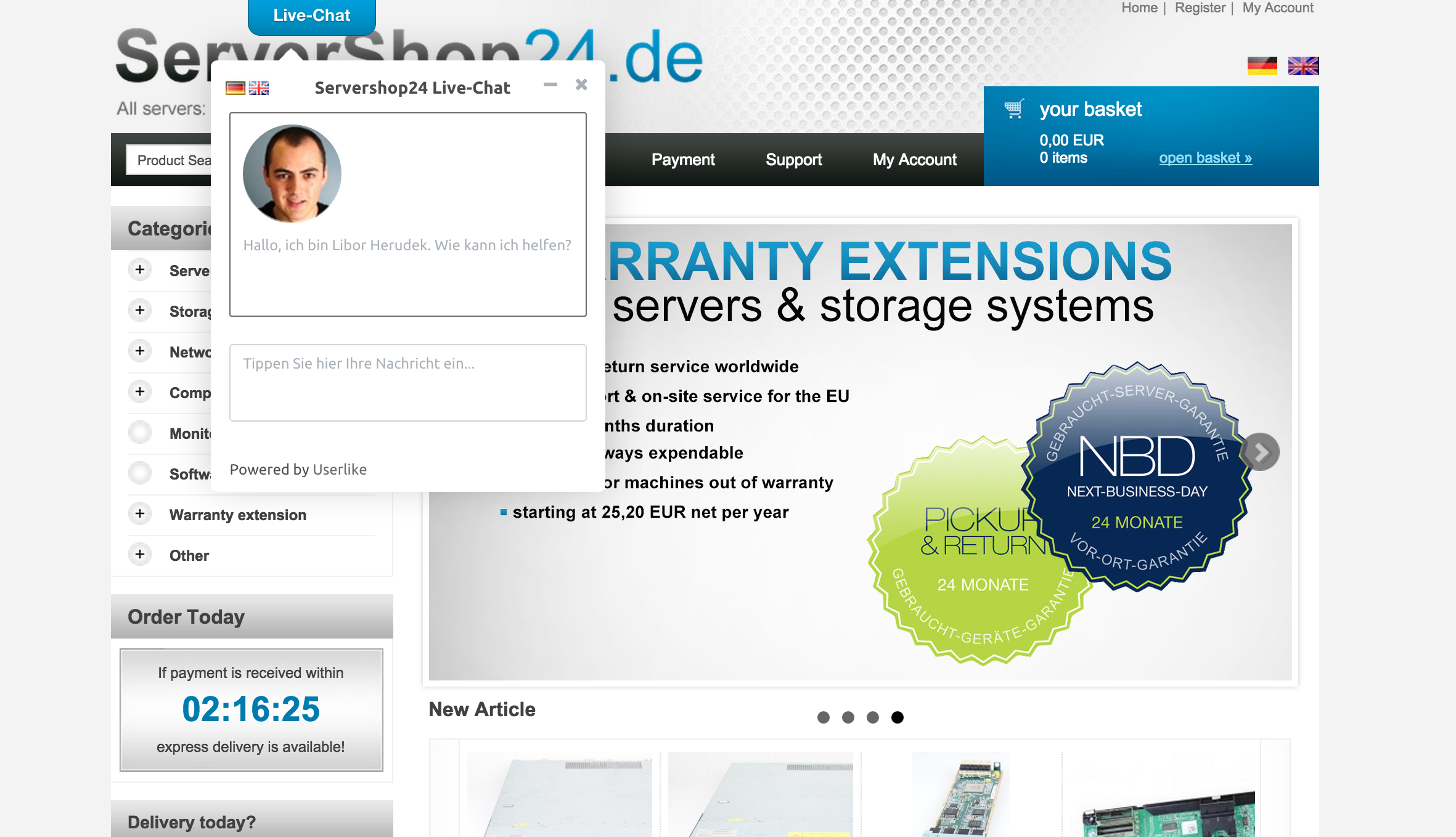 Multiple operators can easily work on one ticket and for the customer it feels as if he is receiving personal support from a dedicated employee.


What have been your most positive experiences with Help Scout and Userlike?

For Help Scout this has definitely been the ease with which it was adopted by the team. My experiences with introducing "new ways to do things" has been that it generally provokes a lot of resistance. The latest introduction attempt has been Slack. The whole world talks about how nice it is, but in our team a few people didn't like it so it never got through.

With Userlike things weren't as seamless as with Help Scout, some people were sceptical about the whole live chat concept at the start. I pushed it through however, and some early positive experiences convinced everyone in the team to stick to it. In general, the feeling of seeing a web visitor making a purchase after you answered some of their questions gives you a big boost. One specific memory that sticks most is a chat from Azerbaijan. Somewhere in August a gentleman who was looking at an expensive and rather rare installation asked: 'Hello, is it possible to visit in December?'. I didn’t take it seriously, but answered: 'No problem, we work on these days.'

I forgot all about it, but then somewhere in December my colleague walked to me and said that two guys from Azerbaijan were looking for me. It turned out they were from an Azerbaijan TV station that was looking for a very specific machine. They had flown to Germany just to take a look at it. We made the deal and we sent the machine after them.


Did you measure specific metrics that show the influence of Help Scout and Userlike?

With Help Scout the main metric is the reduction in response and resolve time. These days we resolve all inquiries within one day. With our old chaotic setup it sometimes took us more than three days. A big part of this reduction can be credited to the clarity and ease provided by Help Scout.

With Userlike we were able to measure its impact on web visitors with Google Analytics. We compared visitors who used the chat with visitors who didn't, this is what we found:

We hope Help Scout and Userlike will continue supporting Servershop24's growth for many days to come!