How to Deal With Rude Customers Like a Roman Emperor

Rude customers can really kill your vibe. They absorb your energy, darken your view on other customers and diminish your job satisfaction. If you let them.

There are many types of difficult customers. We’ve already dedicated posts to angry customers and the hardest customer service scenarios , including customers who display racism or sexism, hit on you, troll you, or are outright aggressive.

All of these people are rude. But they also clearly cross a line, justifying a reaction from your side. Your average rude customer, however, is more slick. He subtly wears you down but defies disqualification. He’s common, too, as countless exhibits of rude customers on reddit illustrate.

You’d probably love to refuse rude customers with a simple turn of your thumb, like a Roman emperor. But Marcus Aurelius, one of the great advocates of the philosophical school of Stoicism, shows us that there are more reasonable ways to handle them.

Here are some proven, partly-ancient strategies to deal with rude customers and protect yourself from harm.

The two-word-line above could very well be a rude customer’s evasive response to you pointing out their rudeness. But in a way, that customer would have a point. Rudeness can be subtle. Compared to aggressive, insulting or encroaching behavior, it’s often perceived as a minor offence, even by those who endure it:

Research by Andrew Woolum and his colleagues at the University of North Carolina Wilmington showed that those who sustain rudeness, commonly view it as “only minor in nature” and dismiss it as “innocuous.”

This levity can be dangerous for employees in customer service. The study proved that despite its neglect, the rude treatment still led to bad mood, lower job performance, and a framing of the worker’s perceptions, which the researchers aptly named “rude color glasses.”

The last point is crucial. Experiences of rudeness are toxic and contagious. Those who endure them tend to perceive the next customer’s behavior as rude, which further darkens their view. Also, they tend to treat others more rude themselves.

Rudeness triggers a cascade of bad effects that can hurt your well-being and performance. So, your first measure should be to stop shrugging it off.

Rude customers can have varying intentions, or none at all. Some want to provoke a harsh reaction and exert power. Some need to vent. Some don’t mean anything but lack manners. Some don’t even notice how they treat you. 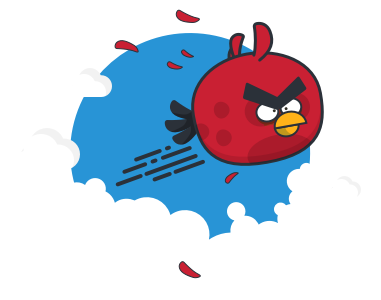 “Remain calm” is generic advice for dealing with difficult customers, yet it still holds true. Just like Stoicism, whose teachings to this day read like a blueprint for keeping one’s cool.

Ancient Stoics sought to control their emotions to ensure a clear judgement unimpaired by temporary states of mind. They wanted reason, not temper, to guide their behavior in any situation.

Of course, this requires practice. But the Stoics didn’t just postulate dry theory. They viewed their philosophy as an active process, a constant exercise to embed in everyday life. And they had some of the probably first mind hacks ever to achieve this.

For example, Marcus Aurelius suggested to remind yourself that life is short, for you, and for the person you’re dealing with. This should make you more compassionate and less likely to get triggered by small stuff.

In his Aeon essay , philosopher Massimo Pigliucci shared a “modern Stoic guide to anger management,” out of which the following points are most useful in a customer service setting:

A key supplement to that is: Don’t take it personally! Because that’s when things like to escalate and even the hardest rock begins to crumble.

Stand by a rock and insult it, and what have you accomplished? If someone responds to insult like a rock, what has the abuser gained with his invective?

Look at it like this: Any customer who’s treated with respect punches above his weight when he’s rude. Making it personal is his way to drag you down to his level. There you’re vulnerable because you’re more prone to react out of emotion when you feel personally offended.

Any harsh reaction, which may be understandable from a human perspective, will add fuel to the fire, further leading you away from the issue at hand.

In some cases, when customers appear to be unreasonably rude, the actual cause for them being upset is quite reasonable.

From there on, the question who’s in the right may guide your course of action. It should not, however, become the topic of your interaction. Focus on making things right.

If they’re in the right , there is an issue that you can and should fix. The customer’s rudeness is merely a symptom of it. Display sincere empathy, apologize for any wrongdoing, and fix the issue as quickly and thoroughly as possible.

Your exact choice of words can go a long way towards that. In his bestseller “ Thank You for Arguing ,” author Jay Heinrich recommends to switch to the future tense whenever you’re arguing with someone.

This rhetorical technique is based on Aristotle’s famous work “Rhetoric.” It suggests that as soon as you switch to future tense, you leave the discussion about who’s right or wrong and start working on a solution. It contrasts favorably against the past tense, which is concerned with blame, and the present tense, which is concerned with values. We see the latter two in derailed political debates all too often.

If they’re in the wrong , the rudeness is a symptom, too, but not one you’re actually responsible for. The best practice here is to politely ask what they would like you to do now. Often this simple question already blows a rude customer’s cover. They either turn quiet because all they wanted was to lash out and provoke you, or they start making unreasonable requests that are easy to decline.

Even if it seems counterintuitive to let rudeness go unchallenged, most often that’s the way to go. It might not satisfy your sense of justice, but if there’s a cause, then there’s a cure - that’s what you should focus on.

Woolum et. al. also found that workers who had reported a high self-confidence before the trial were largely unaffected by rude behavior.

Frontline employees who are provided with a supportive framework of rules but empowered to make the calls themselves can face any situation with confidence that they’ll solve it on their own and in the way they see fit.

In other words, a worker entrusted with ownership of the situation will believe that they can take charge of it, too. Empowerment at the workplace functions like a series of compliments. If confidence in us is expressed by others it boosts our self-confidence. This is an effective vaccine against the attritional effects of rude behavior.

According to the findings of Woolum et. al., the same is true of our ability to cope with emotional pain. If one of your customer’s comments or their overall attitude has pierced your armor - it will happen at some point - it’s vital to know how to patch yourself up.

Service agents who are more mindful and observant of their own emotional state won’t necessarily be immune to mood swings induced by a rude customer. But they’re able to stop the following negative emotional cascade once they’ve entered it.

The keyword here is “emotional first aid.” In his same-titled book , psychologist Guy Winch lists seven strategies to protect yourself from emotional stress:

As mentioned above, rudeness can be treacherous in its subtlety and hurt us while we’re unaware of it. But it also works the other way around, when we perceive rude behavior that’s not actually there.

Usually, this is a result of miscommunication. For instance, brevity isn’t necessarily a sign of disrespect. Yet when a customer is simply in a rush and repeatedly responds to your comprehensive explanations in single words, you’ll likely read that as rude.

The first step in fixing miscommunication is understanding where things went wrong. Here are 8 common causes.

This issue is particularly prevalent in written communication. Here, the visual and audible elements of communication, like facial expression and tonality, are missing. If your counterpart doesn’t use emoji to make up for that, you’re left guessing.

To make things worse, a psychological mechanism often tips the scale in favor of a negative appraisal when communication is ambiguous. It’s called the negativity bias.

When you’re the recipient of the message, you need to be on the lookout against this. In his post on remote work, Gregory Ciotti recommends to assume miscommunication over ill intent . And if the customer really seems to consciously push the envelope with his wording, keep Hanlon’s Razor in mind, which suggests that you shouldn’t “attribute to malice,” what is “adequately explained by stupidity.”

There are more forms of miscommunication that can lead to ambiguity and false attribution of rudeness, like poor speaking and listening skills, jargon and cultural diversity .

This dovish advice is probably the simplest but single most effective preemptive measure against impolite behavior. First, kindness is disarming, it breaks the behavioral pattern of rude people. Second, because rudeness breeds rudeness. Third, because rude people often justify their attitude with having been treated rudely before, even if they started it. The mere prospect of resorting to this excuse can encourage rudeness.

If you’re in customer contact visible to others, there are even more benefits. Customer service agents dealing politely even with rude customers are rated highly by observers. Likewise, reacting to rudeness in kind can reflect badly on your whole team and company. Don’t expect bystanders to get the full context and know “who started it.”

Still, for any misconduct there is a red line and crossing it calls for tougher sanctions. When all issue-focus, stoic kindness or warnings have led to nothing, your last resort is to refuse the customer.

While I hope our posts help you decide on where to draw your personal red line, refusing to serve a customer is also a question of legislation. It will differ from country to country, so don’t forget to check on your local law.

In most western countries, the right to choose your customers is only limited by laws to protect people from unreasonable discrimination. In the U.S., for instance, you can refuse any person for any reason except for discriminating them because they belong to a protected class (e.g. nationality, race, color, religion, sex, etc.), in California the list also includes marital status, sexual orientation and political affiliations.

So, if a customer causes nothing but trouble and there is no chance to turn things around – don’t take it.