It's Time to Own Your Customer Relationships

Google, Facebook, Amazon and Twitter are finally receiving significant public criticism concerning their impact on consumers and society as a whole. Less covered is the danger they pose for ‘traditional’ businesses.

No, not the baker around the corner; any business that isn’t a monopolistic tech-giant. That concerns you, probably.

Whether through a digital crystal ball, the illusion of social connection or the promise of each and every product at your fingertips – the Krakens have hoarded billions of potential customers onto their platforms. Cheap, juicy, beautifully segmented customers. Up for sale to the highest bidder.

We loved them for it, us regular businesses, we did. We still do. We happily pay our Kraken bills for access to their user base, to boost content exposure, to follow users around the web, or for hosting on their servers. But in the not-too-far distance, a Hansel and Gretel scenario is lurking. 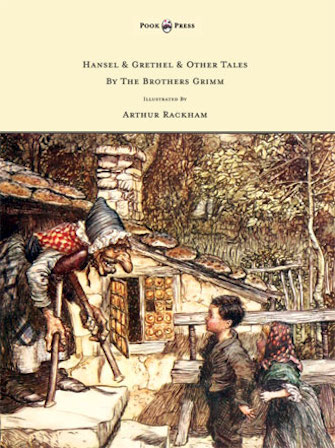 In this all-time favorite German bedtime story , two siblings – Hansel & Gretel – are abandoned in the woods by their parents. Trying to find their way home, they run into a house made out of candy. There, an ugly, old lady lures them in with the promise of lifetime and unlimited access to candy.

The old lady – who turns out to be a witch – plans to feed the kids with candy until they've grown fat enough to be promoted to ingredients for her oven recipe. Luckily, die Hansel und Gretel figure out her game on time and somehow manage to push the witch into the oven instead – burning her alive.

Google, Facebook, Amazon and Twitter keep feeding us sweet customers, fattening us up, making our entire marketing machines dependent on them. And then they turn up the fire.

But two factors have greatly intensified these power laws in the digital age:

1. Our streets aren't neutral anymore. In the good ol’ days, the marketplace was the street. And the street was owned by no one. Nowadays, the digital equivalents of the streets are owned by mega tech companies. Private companies, out for maximum profits.

2. The digital street is competition on steroids. When you’re buying offline, where you buy your noise-cancelling headphones is largely determined by the physical proximity of the shops in your area. Power laws are also at play in the analog world, but humanity’s physical distribution creates at least a minimum level playing field. 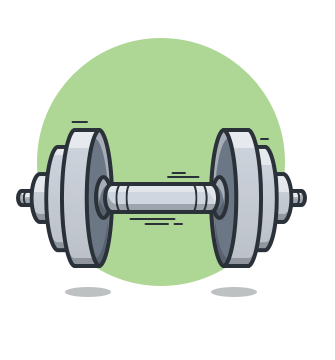 In the age of the search engine, however, there are only ten first-page slots allotted for the search term noise-cancelling headphones . And 60%-80% of the clicks go to the top three results .

On social platforms like Facebook, then, you're left to compete for attention with emotional super stimuli like cute kittens and fake news. Which is hard to pull off if you're, say, selling something as 'boring' as business software.

"Don't worry," the Krakens tell us. "All businesses can get a piece of the pie. Those that don't receive organic exposure can just buy themselves a share of consumer awareness through our platform."

And indeed, to acquire customers, paying your fair share to the digital overlords has become practically unavoidable. This just seems like the new reality. Something only fools would fight.

But it would also be foolish to ignore the risks inherent to this brave new world.

I count at least three:

1. Average profits will stabilize at zero. The Krakens offer platforms of pure competition. That means that in the long run, profits will gravitate towards zero . Except for the platform owner, of course. The house always wins.

2. The digital street is recording all trespassers. The Facebook–Cambridge Analytica scandal should have persuaded the last of those who doubted that their personal data could be used for evil – even when they had nothing to hide.

There are many problems with the get-free-stuff-in-exchange-for-your-data business model, too many to cover here. It basically boils down to this: if you're paying the Krakens to reach your customers, you're making a Faustian deal with the devil.

3. You are subject to the Krakens’ algorithmic whims. Whether you're catering to Facebook, Google, Twitter or Amazon, the level of exposure they provide you can change overnight. All it takes is a minor tweak to their algorithms.

With Facebook, this led to a notorious dip in engagement for business pages in 2018; Twitter switched from a chronological to a hotness-based timeline in 2016, favoring accounts that were already popular; Google is gradually expanding search snippets for ever more search results, scraping content from other websites so their users will never have to leave theirs; and Amazon's acceptance of other merchants on their platform is a facade , allowing them to offer any product now until they've found a way to offer the same product themselves – for a price that cannot be beaten.

And all of us regular businesses are playing right into the Krakens’ tentacles. In this tragedy of the commons, not even the traditional industry leaders can resist. And with every investment in their platforms, the Kraken squeeze tightens.

Is there a way out of this conundrum?

Outgrowing the Krakens, one relationship at a time

The Kraken wave seems pretty hard to break, notwithstanding an unlikely sashimi scenario in which their monopolies are cut up by governmental decree .

A Hansel and Gretel strategy of abstinence doesn't seem to be the answer either. Cutting yourself off from the platforms will only drain your inflow of new customers. Admirable, but mistaken.

Instead, businesses would be wise to invest heavily in the capturing of customer relationships . Once your customers have reached your website–and especially once they've made a purchase–it's crucial to maximize the chance of that developing into a long-term customer relationship.

You might pay them once for a customer; don't let them make you pay twice.

Because although this is currently still affordable, we can't assume things will stay this way. The increased competition, combined with the Krakens claiming a growing share of the pie, will surely raise costs. Keeping existing customers was already 5 to 25 times cheaper than acquiring new ones. In the future, that imbalance will spiral off the charts.

To actually capture more visitors as customers, you need to put the right systems, tools and processes in place. Because the Krakens have those already.

They've built their platforms with the main purpose of keeping people on them. It's the core of their business model: The more time users squander on them, the more attractive they are for advertisers.

Dedicated teams of UX professionals work around the clock to make their products more addictive . Besides a general mindshift from transactional to relational thinking, traditional businesses need some tools that can level the odds.

This has been driving our development here at Userlike over the past few months. We are working on a solution that gives regular businesses the power to truly own their customer relationships.

Ironically, we've been basing its design for a large part on Kraken messaging apps like WhatsApp and Facebook Messenger. Imitating the best while omitting the toxic, data-sucking business model behind it. Below you see a preview. 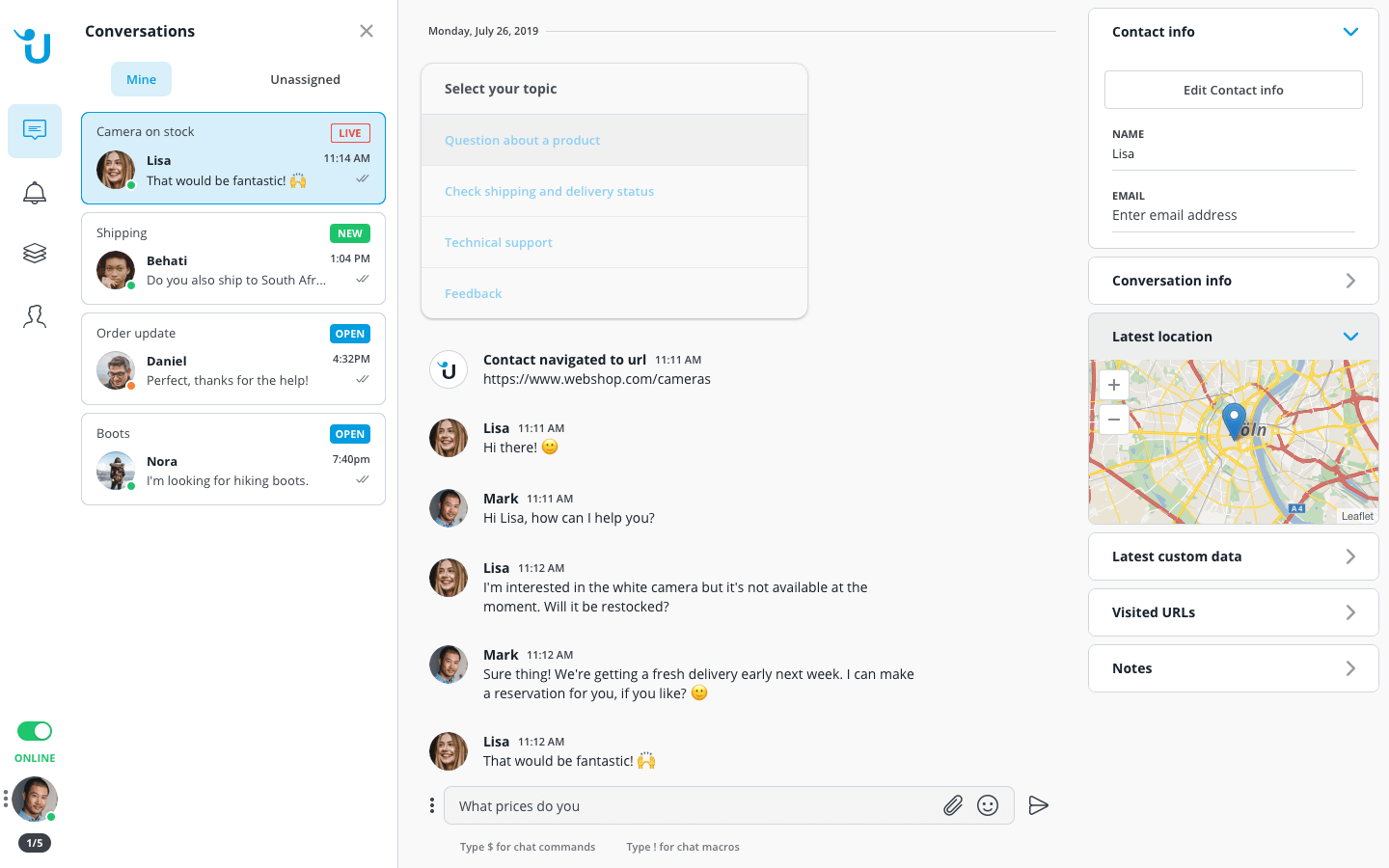 A preview of the Userlike Message Center, our solution for building long-term, messaging-based relationships with your customers.