7 Discussion Techniques to Get Closer to Truth and Understanding

It’s difficult to have a fruitful discussion. One that changes minds, instead of hardening them.

Whether it’s with friends, family, or a customer – discussions tend to turn competitive.

After a political debate, "Who won?" is the only question on everyone's mind. Alas, it's not, "Did any of the arguments change your mind?"

While competitive discussions are about establishing mental dominance, collaborative ones are about getting closer to truth and understanding.

1
Start with a meta discussion

Before diving into the actual discussion, it pays to take a step back and reflect on the approach for the discourse you're about to embark on. This is about priming your conversation partner to an open state of mind.

Remember that the standard mode of discussion is combative. People aren’t used to the cooperative kind. Simply clarifying this intention will change how the other side approaches the discussion. 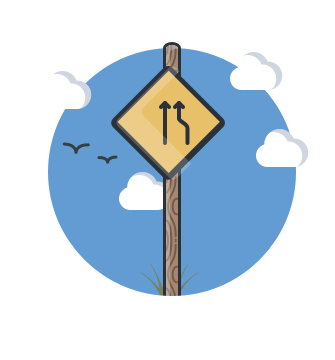 You can clarify that you’re not out to ‘win’ the argument, but that you'd like to learn from how the other side looks at things.

Many service reps forget this step when dealing with an angry customer . They jump right in to explain the causes behind the customer’s bad experience.

That can be valuable, as long as its purpose is to beget understanding from the customer. But to angry customers this may very well sound like an excuse that sets up a refusal to abide to their demands.

Now imagine the service rep would respond like this instead:

I’m sorry to hear about your disappointing experience. Now, before going into how we'll make things up for you, let me explain briefly where things went wrong on our side.

Take a step back; clarify your intentions; proceed.

Straw-manning is the nasty habit of taking your discussion partner’s argument, rephrasing it in the worst way possible, and then breaking it down.

Steel-manning is the exact opposite, in that you address the best possible version of your opponent’s argument – if possible even better than your opponent phrased it herself.

According to the Rogerion method , the discussion is stopped until each participant can articulate in their own words the position of the other side – and to that side's satisfaction.

This shows you've really listened to and understood your conversation partner. It also gets them into a yes-state, and it ensures that you're actually discussing the same topic.

3
Start off on shared grounds

One problem with discussions is that there are so many points you could disagree on. Nobody in this world will agree with you on each and every point, and any trivial departure can turn into a breaking point. Protestants and Catholics practically believe in the same things, but wars have been fought over the details.

In the default argumentation mode, people immediately jump onto those parts they disagree with. This approach tends to make people defensive. You'll get more cooperation if you start off stating your shared beliefs. This serves two purposes: 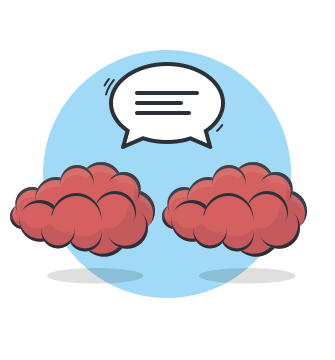 If you're discussing with a socialist, for example, you could start by laying out your shared appreciation for the value of equality, and your concerns for the ever growing disparity of wealth.

Then work your way down to diverging views from there. An open statement like, “let's unpack this and see where our intuitions diverge” , frames what follows as a collaborative effort. Just two people clashing their brains in an effort to uncover any blind spots they might hold.

4
Hunt down diverging premises and paradigms

When a discussion is conducted in a respectful, rational manner, it should lead to an uncovering of the diverging premises and paradigms that underlie the participants’ opinions.

A consistent worldview logically leads back to a few core beliefs. If it doesn’t, it means the conversation partner hasn’t thought deeply enough about the topic at hand. Either way, it makes sense to keep digging.

One might think, for example, that the lower average of female salaries compared to men is mostly due to discrimination, while the other might think that they're mostly due to differences in lifestyle choices between the sexes. What are the premises for these different beliefs?

Perhaps those discussing have read different books on the topic. Well, at least that allows you to fact-check. It’s cumbersome, but if you really care about getting closer to the truth, that's the way to go.

It gets trickier when these diverging views come down to different paradigms of life, as they often do. Paradigms are internally consistent worldviews that can't be squared with one another.

These are hard to change exactly because they are coherent. Instead of a small change of mind, it requires a paradigm shift . Scientific proof is the only tool for causing such a shift. If a paradigm is immune to scientific proof, you're dealing with a dogma.

Daily conversation is crammed with logical fallacies, or flaws in reasoning. Being aware of them is your best defense. Check out yourlogicalfallacies.com for a nice collection, such as false cause , appeal to emotion , or the anecdotal .

If you catch yourself making a misstep in reasoning, it might be an indication that you should rethink your position – instead of digging yourself in deeper . 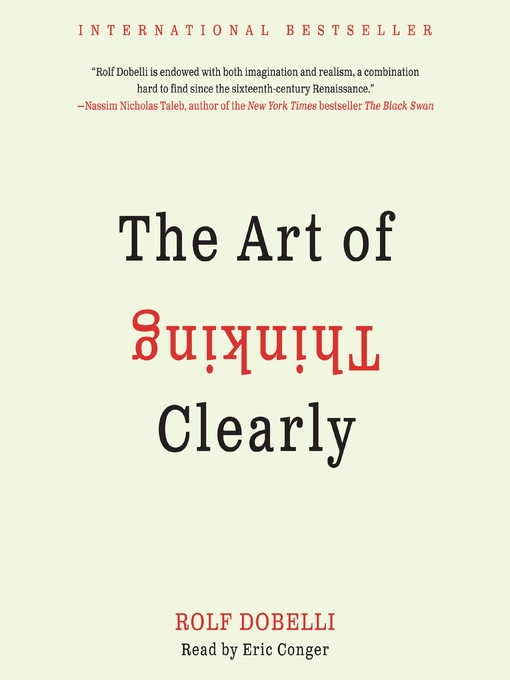 When catching your conversation partner on a logical slip, the challenge lies in pointing him to it in a manner that doesn’t make you come off as downright annoying. I haven’t found a good formula for that yet… A modest “I think you might be committing a logical fallacy here” does work better than a “That’s a begging-the-question argument!”

Cognitive bias is a related concept to keep in mind. These are ubiquitous mental tendencies that make our judgments irrational – such as the availability and confirmation biases . Again, awareness is your best protection.

Logical inconsistencies are the fastest road to changing minds. We have a deep need to be consistent– a need that some sales techniques take advantage of.

But oftentimes we’re not consistent. And when someone points that out, it hurts. To resolve that pain, something’s got to give.

It has been argued, for example, that the abolishment of slavery was largely possible because one could point out its conflict with Christian doctrine .

At the same time, we’re very good at living with conflicting beliefs. Take eating meat. Most people happily do so. When probed, the informed ones concede to the scientific perspective of animals being sentient beings, as well as the culpability of the farming industry for large scale ecological destruction.

They’ll then deploy an arsenal of mental tricks and logical fallacies to remedy the cognitive dissonance between their actions and insights. "They're already dead" , or "one person won't make a difference" . Or they'll make a joke in an effort to make the discomfort go away.

Still, if you're out to change someone's mind, pushing on their logical inconsistencies while pointing out their logical fallacies is your best shot.

This isn’t so much a technique, but it’s crucial to keep your cool. Let your emotions take over, and the discussion will quickly spiral out of control.

I’ve laid out a few tips for keeping a cool head in this post for the Hyken blog, such as breathing technique, mindfulness, and circles of control.

The circles of control is my favorite one. We can only control our thoughts and our actions (internal circle). All else – such as the opinions of your discussion – is outside of our control.

Yet we constantly worry about events outside of our control (external circle). Traffic, our health, the mood of our spouse, the weather. 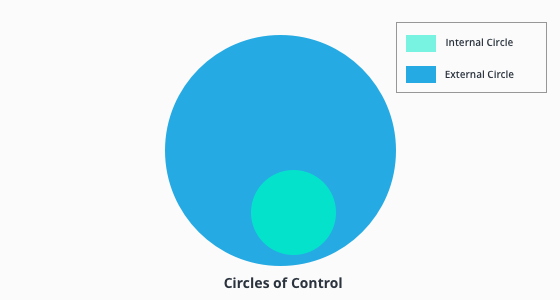 Become independent on what's outside of your control.

According to the Stoics, you should only focus your attention on what’s inside of your control. It takes some practice to reach this mindset, but once you have, you'll feel yourself becoming less anxious in discussions.

You can't rebuild Rome in one day

Minds aren’t changed in one day, so don’t push for the knockout. Give each other some time to rethink your points Finish a conversation with: “Thanks for sharing your views, I’ve enjoyed hearing them and will think them over.” Hopefully, your partner will do the same.