Customer service reps are often taught to be empathic, to put themselves in the customer's shoes. But research suggests empathy isn't the skill you're looking for.

Paul Bloom, Professor of psychology and cognitive science at Yale University, makes a case against empathy in his latest book . 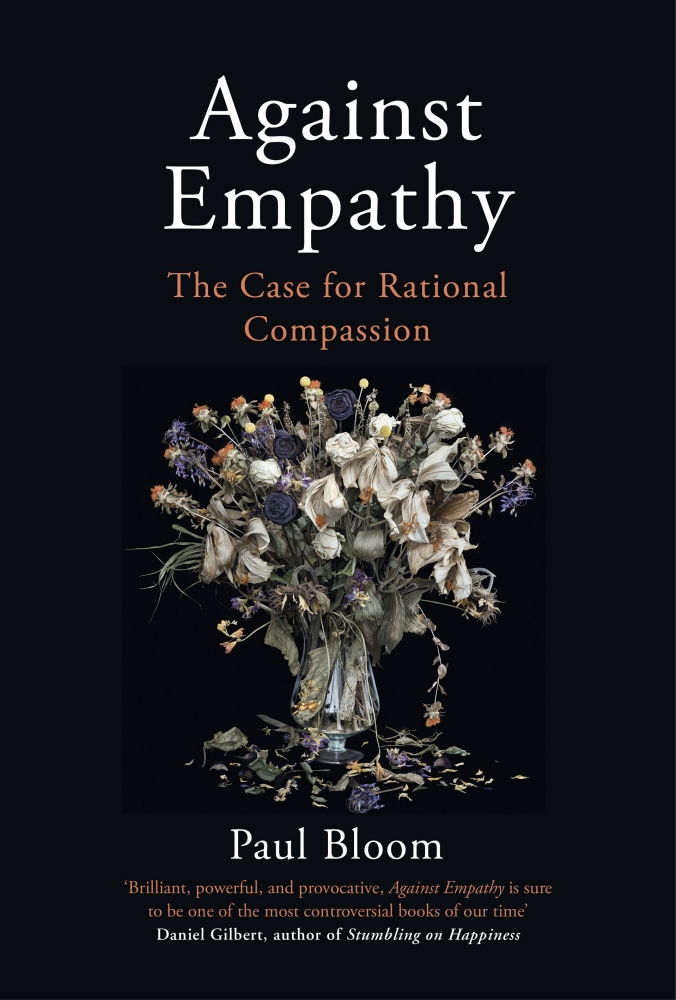 Customer empathy is the ability to understand and share the feelings of the customer. It's often stressed as a crucial social skill to deliver a high quality customer experience.

But Professor Bloom sheds light on a number of psychological biases that empathy is subject to. Biases that make it unsuited for producing truly benevolent behavior — something you're definitely looking for in customer service.

Instead he argues for rational compassion , which he describes as an attitude of benevolent intentions without the emotional involvement.

Some argue that compassion is a specific type of empathy. You could classify it that way, but it remains important to stress the differences. We need to know what social tools or sentimental attitudes we should ask our service reps to use.

These are the problems with empathy:

One bug is empathy's exhaustive nature. When empathic, you put yourself in the other person's shoes. You actually feel the pain. That's doable when limited to a close circle of friends and family, but not if you're helping dozens of angry or frustrated customers every day.

Bloom shared a relevant story during an appearance on Sam Harris' podcast . He received a letter from a lady who worked as a first responder after the 9/11 terrorist attacks. She shared that after one week she had become too overwhelmed to function.

But her husband, also a first responder, was able to keep doing his work cheerfully. It seems their benevolent actions were driven by different fuels: one by empathy, the other by compassion.

A research by Paul Slovic shows a very particular 'empathy bug'. Its participants were shown various pictures of children in need, after which they were asked how much they would donate to help.

The first picture showed a little girl. The second picture showed the same girl, but with her little brother. Following pictures showed ever larger groups of people in need.

Remarkably, the average donation value dropped steeply as more people were shown. As Harris notes, "this is clearly a bug, not a feature". It seems we can only properly empathize with individuals, not groups — and definitely not with statistics.

This is a problem for customer service interactions with groups, versus those with individuals. Service reps will be better able to empathize with the individuals.

It's easier to empathize with people who are likable or similar to you, also called the in-group, out-group effect . A brain scan experiment measured the empathy levels of participants — European soccer fans — who were shown other fans undergoing simulated torture.

Other studies also confirmed our trouble of empathizing with people we deem different or unattractive. That's obviously not ideal for customer service, in which you get in touch with a wide variety of people.

Bloom also points out that when motivated by empathy, our actions may lack reason.

Imagine a service error produces a storm of angry clients demanding compensation. When guided by empathy, customer service agents will be more likely to offer compensation to those who clearly shows their emotions (e.g. by crying) than to those who calmly explain their story.

To prevent this unequal customer treatment, service reps should be guided by something else than empathy.

So what, then, is the alternative to empathy? Bloom makes a case for 'rational compassion'.

Compassion, according to Bloom's definition, is the wish for everyone to do well — without being affected by their misery. It's a skill that can be developed, among other ways, through the Metta meditation method . But if that sounds too zen for you, simply focusing on kindness while excluding empathic emotions will already get you far.

While empathic people only last for a few rounds, compassionate people are able to do good over and over again — which is exemplified by the story of the 9/11 first responder couple. This was confirmed by another fMRI research , in which participants were asked to engage in either empathic or compassionate thought practice.

Compassion doesn't exhaust because it doesn't require you to feel the other person's pain to wish her well. Empathy burns you out; compassion energizes.

6
A place for customer empathy

Does that mean we should get rid of empathy in customer service altogether? No.

A basic level of empathy is necessary as a foundation for compassion. To wish everyone the best, you need to know what makes people feel good or bad. You need a certain Emotional Quotient (EQ).

What's more, in some cases people want you to feel their pain. If my girlfriend explains me that she's angry at someone, she'll expect me to be angry as well. In some extreme cases, angry customers will feel the same. They don't only want a solution to their problem, they want recognition by an employee who gets upset as well.

But such interactions are tiring. In the podcast, Harris and Bloom agree that we should be able to move along different states of empathy and compassion. To function well, a surgeon needs the ability to trim down her level of empathy before a surgery. But when home, she can turn up empathy in her family interactions.

So be like a surgeon. Work with rational compassion, but know when to swap your doctor's knife for a cup of tea.