5 Steps to a Catchy Bot Name

Are you searching for the perfect name for your shiny new chatbot? The digital birth of your online helper opens new opportunities to assist customers, but it needs the right alias. One that says “I’m helpful but not annoying.”

They may not be on the payroll, but chatbots fulfill job duties on a daily basis. Sometimes they’re even the first team member to greet your customers and offer help. So you don’t want to put your customer support at a disadvantage by naming your bot something cold and generic like “Helper Bot.” It’s like calling your human support team member “Service Agent 1.”

A clever, memorable bot name will help make your customer service team more approachable. Finding the right name is easier said than done, but I’ve compiled some useful steps you can take to make the process a little easier.

1
Decide on your chatbot’s role

Chatbots are a tool, first and foremost. They may be customizable to perform different tasks, but they still need a defined role.

Some chatbots are conversational virtual assistants while others automate routine processes. Your chatbot may answer simple customer questions or forward live chat requests to agents while dropping the same phrase every time it does. Once you’ve outlined your bot’s function and capabilities, decide on a name that isn’t too obvious, descriptive or boring.

For example, let’s say you own a fishing supplies business and have a bot that assists with recommending products to customers. Here are some chatbot names to avoid:

Here’s a name that could work:

The name “Roe-bot” may not tell the customer right away that it helps recommend fishing supplies, but this is where your bot’s voice and character come into play.

2
Create a personality for your bot

It’s in our nature to attribute human characteristics to non-living objects. Website visitors and customers will automatically assign a chatbot a personality if you don’t, so if you want your bot to represent a certain role, I recommend taking control.

Personality makes a bot more engaging and pleasant to speak to. Without a personality, your chatbot could be forgettable, boring, or easy to ignore. However, this doesn’t mean you should try to trick your customers into believing that they’re speaking with an actual human. First, because you’ll fail, and second, because even if you’d succeed, it would just spook them . 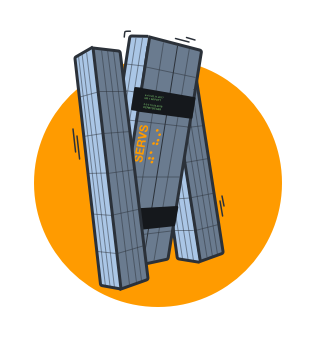 Once you’ve decided on your bot’s role at the company, develop its tone and speech. Writing your conversational UI script is like writing a play or choose-your-own-adventure story. Experiment by imagining your bot complexly and crafting a compelling backstory. This is how screenwriters find the voice for their movie characters and it could help you find your bot’s voice.

“Roe-bot” or “Roe” as I would like to affectionately call it, is a friendly trout that lives in Lake Erie. Roe has a simple job of greeting customers and offering to help them look for specific supplies.

“Hey, I’m Roe! Looking for some-fin in particular? I cod help with that!”

I should probably ease up on the puns, but since Roe’s name is a pun itself, I ran with the idea. Remember that wordplays aren’t necessary for a supreme bot name. Not every business can take such a silly approach and not every type of customer gets the self-irony. A bank or real estate website may need to adopt a more professional, serious tone. Check out The Financial Brand’s list of the most interesting chatbots in banking to get an idea.

The Ultimate Guide to Chatbots in Business

Learn how chatbots work, what they can do, how to build one – and whether they will end up stealing your job.

It’s up to you to decide if you want an engaging chatbot that delivers witty answers or an intelligent educational bot that helps customers in a pinch.

iRobot, the company that creates the Roomba robotic vacuum, conducted a survey of the names their customers gave their robot. Out of the ten most popular, eight of them are human names such as Rosie, Alfred, Hazel and Ruby.

Giving your chatbot a human name seems like a safe choice since users find them familiar and comfortable. It creates the impression that a customer is receiving immediate help from a service rep.

11 Chatbots Every Entrepreneur Should Check Out

Luke Skywalker had R2D2, Tony Stark had Dum-E, Michael Knight had K.I.T.T, and Cooper had TARS. What if you, too, could have your own robotic sidekicks to join you in your entrepreneurial endeavors?

On the other hand, a robot name has its own advantages. It allows you to make a clear distinction between robot support and human support. Its name can point directly to its functionality and help to characterize it.

Robot names also give you more creative freedom. Experiment with acronyms and abstract concepts, such as H.E.R.B.I.E. ("Humanoid Experimental Robot, B-type, Integrated Electronics") from the comic “Fantastic Four” or a name like “Spirit” or “Zen.” These have a robot vibe without being too obvious. For more successful examples of robot names in real life and media, check out Paste Magazine’s list of the 40 Best Robots of All Time .

4
Consider if the name should be gendered

Do you think your chatbot should have a gender? If yes, which one and why?

A female name seems like the most obvious choice considering how popular they are among current chatbots and voice assistants. Naming robots after women is not a new phenomenon however; the MIT Artificial Intelligence Laboratory created a language processing computer program called Eliza back in 1966, and many others soon followed.

A global study commissioned by Amdocs found that 36% of consumers preferred a female chatbot over a male (14%). Sounding polite, caring and intelligent also ranked high as desired personality traits.

Assigning a female gender identity to AI may seem like a logical choice when choosing names, but your business risks promoting gender bias.

Gendering artificial intelligence makes it easier for us to relate to them, but has the unfortunate consequence of reinforcing gender stereotypes

The smartest bet is to give your chatbot a neutral name devoid of any controversy. Cute or clever names such as “Swelly” , a polling chatbot depicted by a whale, and “Woebot” , a therapy bot that helps with depression and tracking your mood, show that you can give your chatbot a creative non-human-non-robot name that is catchy and to the point.

5
Make sure your chatbot actually works

That’s right, a catchy name doesn’t mean a thing if your chatbot stinks. 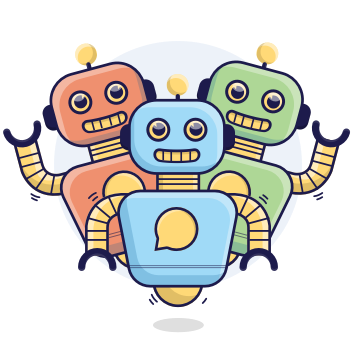 Since chatbots are not fully autonomous, they can become a liability if they lack the appropriate data. If a customer becomes frustrated by your bot’s automated responses, they may view your company as incompetent and apathetic. Not even “Roe” could pull that fish back on board with its cheeky puns.

Of course you can never be 100% sure that your chatbot will be able to understand every request, but you can greatly minimize the risk. Take extra care when writing your bot language and developing its personality. You don’t want to use the words “clever” or “genius” in its name only for it to behave like the complete opposite.

Once your chatbot has your intended voice, the perfect name may start to materialize.

If you’re the divine creator of your new chatbot child and want to make sure it has the perfect name before you let it loose into the world, I get it. There are plenty of resources dedicated to chatbots, which could be a source of inspiration. For example, TopBots posts daily content about artificial intelligence and has a nifty brand page with chatbot examples.

Be sure to write down every possible name you think of, and get second and third opinions. It’s important to remember that there’s no single type of chatbot everyone enjoys, so focus on creating one that fits your company’s needs and name it accordingly.

If you're still pondering the idea of creating a chatbot and want to know how people feel about them, check out our video on customer chatbot perceptions:

Leah is a copywriter at Userlike. She’s a proud Texan who spends her free time cuddling her dog, learning Japanese and rereading Harry Potter. 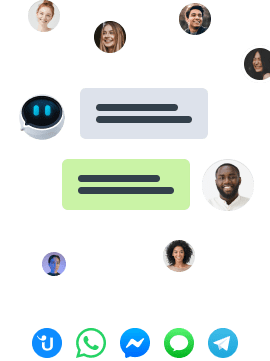